Anyone with a smartphone has come across memes & funny content. Today they are used for advertising, informing, and even educating. Some of us can relate to certain memes so much that we have them as our display picture. While they started off as a fad, they’ve graduated that phase and have become a big part of our social media experience. Here’s an analysis as to why memes mean so much to us.

A lot of our dissatisfaction stems from the fact that we feel we’ve been lied to. Our friends don’t live up to our expectations, our education didn’t give us the jobs it promised us, our significant others didn’t give us the happiness we were seeking.

Memes are brief and brutal. They tell us the truth in a platform where everyone is constantly putting up highly edited versions of their lives (basically lying). Even though they may have dark and cynical undertones, none of us would rather be lied to.

Memes are frank and are quick to reflect the current happenings. People become aware of important news from the jokes made about a given topic. While newspapers and news channels are biased and are constrained from publishing the complete truth, memes aren’t.

They’re almost always the most accurate reflection of people’s attitudes and behavior. In a few sentences, they tell us what pages and pages of well-researched text can’t. They can cleverly document the angst, worries, and thought process of the masses.

While there are issues that warrant seriousness, memes provide a light-hearted take on day-to-day matters like rising prices, or rude auto drivers, or stereotypical feminists, and even exams. They make light of issues that trouble a lot of us and make us see the funnier side of everything.

Several fights I’ve had have been resolved by tagging a friend on a meme that was “like so totally us!”. Several times I’ve been worried about an exam I haven’t prepared for, it was the numerous exam memes that cheered me up.

Another extraordinary thing memes do is silence the trolls and hypocrites. Taking offence on trivial matters is in vogue these days. A lot of senseless trolls (read bullies) claim intellectual superiority and memes make them look stupid. This is probably the most peaceful and mature way of dealing with such people.

Memes are a mirror of society and the individuals that comprise it. They put our feelings into words. They carefully and skillfully capture our fears and anxieties. They give us hope and happiness, however momentary.

They’re basically the equivalent of a therapist. In a world of facades and superficiality, memes tell us “I understand. I know. I care”. In a world where everything is digitized, memes embody all the characteristics of a best friend in the palm of your hand.

While ancient civilization left scriptures, artwork, manuscripts, and even writings on caves that told us about life before; I believe we will leave behind memes. History has always been written by the victors but not anymore.

Memes give a voice to the masses, a medium of expression to the average Joe. They give everyone, not just the rich and powerful, a chance to speak and be heard. This way, people from all walks of life can document their lives and give precise accounts of what life was really like.

My attitude towards memes is akin to a stoner’s love for pot. Memes are the answer to all your problems. Memes make the world more colorful. Memes make you happy and peaceful. Scroll through your feed and “like” some memes. Share with your friends and make this world a better place. 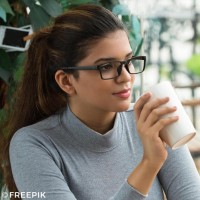