I had a vivid dream last night that aliens have discovered the earth and the country they landed on was India. Surprisingly in my dream, they were eating ‘Aloo ka paratha’ and ‘Jalebi’ in a local street. Strange! And that was all about the dream I could remember.
And when I woke up, I couldn’t help myself think about how we people would react if aliens actually landed or how easy would it be for these aliens to settle or adjust here in our diverse country.
Though there have been several movies made in Bollywood that showcases this situation like Koi Mil Gaya, PK, Joker and many more but all of them were fictional work and could not actually address all the issues an alien might face. So let’s ponder over some of them.

Once the Aliens are Discovered

Will the community of aliens be accepted when a few of us can’t even accept artists from neighboring countries to work in our country?

(Point to be Noted: I am talking about people who have no relation in disturbing the ties between countries and those who only want to spread entertainment or art)

We Indians without any doubt are the very welcoming and warm hearted people, so we will easily accept the aliens as guests. But what if the aliens decide to stay for some time? Will they given work visa or travel visa or a citizenship? FYI, Adnan Sami recently got his Indian citizenship after staying in India for more than a decade on work visa. And what would they do to earn a living since they know nothing including the language and culture?

The movie showed that the alien PK (portrayed by Aamir Khan) learnt a Bhojpuri sort of language in a state that resembled more to Rajasthan or Haryana. Weird!!
In fact, when a foreigner comes to India, it takes him or her years to learn basic Hindi. Just imagine what would happen with these poor aliens. Also when they learn on language and move to a new place, they would be shocked to realize that the same language doesn’t apply anymore.

As shown in most movies, let’s imagine aliens do not wear clothes or use any covering on “any” part of their body. Would they be accepted or asked to wear some garment?
And what form of garment: Saree, suit and all for the female and pant, dhoti or a just a loin cloth for the male? Or would they criticized for being shamelessly nude or exposing their body?
I could not hold my laughter imagining a presumably three foot aliens wearing a saree. LOL!
Also, will there be any gender discrimination amongst aliens? Will there be any male or female?

Just in case they decide to settle in India as permanent citizens once they overcome the language or communication barrier, what would they be called? I wonder what they would be recognized as: General, OBC, SC/ST or a new quota will be given to them called “Alien”.
Would there be seats for them or their offsprings in government jobs and educational institutions?

Would they learn to fight for their rights by learning to go on strikes or by dispatching railway tracks? What rights will they get? Will it be the same fundamental rights given in the constitution or new ones will be advised for them? Imagine the years it would take for making such a decision in a country where new policies are still only seen in manifestos.
No doubt, it will bring an opportunity for the political parties as it will bring a new vote bank for them for the forthcoming elections. Nay?

Understanding the fact that they are not skilled or trained like we are in our country or around the world, what would they do to earn a living?
And what if only the female of the family decide to become a bread earner and not the male aliens? Would it be acceptable in a country like ours where patriarchy still rocks!

There is umpteenth number of cases of robber, frauds, and rape of foreign tourists at famous tourist cities. What would happen to them? Will they be shown mercy at the hands of criminals? Will they feel secure in our country?
May be these are just a few points of struggle, my intention was to address only the issues that does happen when people from outside the country come to India or majorly when some of our fellow Indian want to bring in some change in society. Aliens were introduced only to make it all the more interesting. Not only do outsiders face these issues, some are everyday struggles of the citizens as well.

My intention was not to offend any person, but this is reality. Also, I am in any case proud of being an Indian and will always be. That is why I want our country to be free of such malpractices and become the one of the best places to live in.

Do share your thoughts in comment Section or if you find any other point to be relevant to the topic. 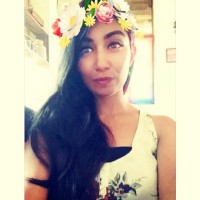 Hey, I am Nikita, hailing from Jaipur and almost on the verge of becoming an engineer. I am a free spirited person with a weird sense of humor. I love to read, write and speak whenever and wherever possible. As a hobby, I day dream and love to make people laugh!