Every once in a while when we sit idly by a window, staring into nothingness: we ponder the purpose of our existence, mull over the prospect of life after death, get overwhelmed by the magnitude of our problems or underwhelmed by the utter lack of importance of ourselves in this great big universe. These are thoughts that aren’t much talked about in society and neither is anyone encouraged to share. In fact, most often such thoughts are shunned: elders do not want us to think about such things and dialogue on such things is actively avoided in real life. This fast pace life only contributes to eliminating alone time wherein we may just lay and think.

We, humans, are an extremely complicated species. We take all precautions to appear to be tough on the outside. This conscientiousness with which we handle or aim to handle our emotions ensures that the emotions that are collectively perceived to be “soft” such as love, empathy, grief or the “crude” ones like greed, jealousy are often bundled inside. We present to each other and to society a carefully cultivated exterior – an infallible being which we are not. Because, a person who does not have control over their emotions is considered a weakling.

We blatantly ignore the fact that these emotions have aided us in survival. Greed takes over in a primal manner when we are threatened; our empathy is the flame that is burning to stop the human race from becoming monsters and wiping each other out. One such incredibly strong emotion is grief. It is something we have all experienced and continue to do so. Most emotions one can work around but, grief is an emotion one has to work through.

Grief comes in many forms: mourning a break – up of a romantic relationship or even a friendship, mourning the loss of a loved one, or sometimes, mourning a loss of self. Some of these have been extensively written about: how to get over break – ups, how to get over the death of someone you loved; there are memoirs, novels and even YouTube videos. The others are brushed under the mat: we don’t see people giving advice about how to deal with the loss of a friendship – be it after a fight or a friendship crumbling under the weight of distances between places or even hearts.

Grief is like an ocean of persistent sadness. Initially, the grief seems almost insurmountable. Huge waves of sadness wash over us. These waves are constant and keep on coming one after the other; with each feeling greater and much more powerful than the previous one. We feel as if we are reaching our breaking point. But, somehow, we survive.

As time goes by, the waves seem smaller and smaller in size and we can almost sense them coming: they are triggered by the mention of a name or a song we associated with the person we have lost. This time we welcome the wave of sadness, allowing it to wash over us, allowing ourselves to cry and realize how much we miss the old times.

The waves never stop coming. Somehow, we don’t want them to either. It will become our way of remembering what we lost and cherishing it. And, we will learn to survive it.

End Note : We have always been encouraged to be less emotional. Being in touch with emotions is seen as a hallmark of a weak person. But, it is highly essential that be begin a dialogue about emotions like grief, sadness etc. It might save someone from depression.

The title “It passes but it does not pass away” is a quote by Laszlo Krasznahorkai from ‘The Melancholy of Resistance’.

The part about grief coming in waves is taken from this beautiful advice a Reddit user gave to someone who was mourning the loss of his/her friend. 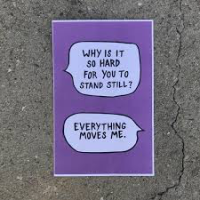 Welcome to the United States of Anxiety. An avid reader, immersed into novels and talking about them with people. For those who I can't help, I promise to burn myself out to prove morality is neither relative nor dead.

The Problem With Being A People Pleaser